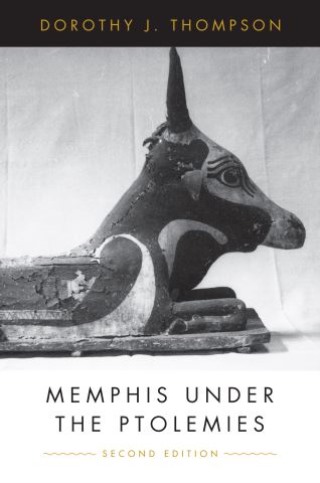 Memphis Under the Ptolemies

Drawing on archaeological findings and an unusual combination of Greek and Egyptian evidence, Dorothy Thompson examines the economic life and multicultural society of the ancient Egyptian city of Memphis in the era between Alexander and Augustus. Now thoroughly revised and updated, this masterful account is essential reading for anyone interested in ancient Egypt or the Hellenistic world.

The relationship of the native population with the Greek-speaking immigrants is illustrated in Thompson's analysis of the position of Memphite priests within the Ptolemaic state. Egyptians continued to control mummification and the cult of the dead; the undertakers of the Memphite necropolis were barely touched by things Greek. The cult of the living Apis bull also remained primarily Egyptian; yet on death the bull, deified as Osorapis, became Sarapis for the Greeks. Within this god's sacred enclosure, the Sarapieion, is found a strange amalgam of Greek and Egyptian cultures.