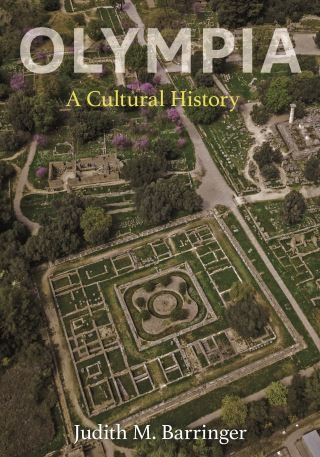 A comprehensive and richly illustrated history of one of the most important athletic, religious, and political sites in the ancient Greek and Roman world

The memory of ancient Olympia lives on in the form of the modern Olympic Games. But in the ancient era, Olympia was renowned for far more than its athletic contests. In Olympia, Judith Barringer provides a comprehensive and richly illustrated history of one of the most important sites in the ancient Greek and Roman world, where athletic competitions took place alongside—and were closely connected with—crucial religious and political activities.

Barringer describes the development of the Altis, the most sacred area of Olympia, where monuments to athletes successful in the games joined those erected to the gods and battlefield victories. Rival city-states and rulers built monuments to establish eminence, tout alliances, and join this illustrious company in a rich intergenerational dialogue. The political importance of Olympia was matched by its place as the largest sanctuary dedicated to Zeus, king of the gods. Befitting Zeus’s role as god of warfare, the Olympian oracle was consulted to ensure good omens for war, and the athletic games embodied the fierce competition of battle. Other gods and heroes were worshipped at Olympia too, Hera, Artemis, and Herakles among them.

Drawing on a comprehensive knowledge of the archaeological record, Barringer describes the full span of Olympia’s history, from the first monumental building around 600 BC to the site’s gradual eclipse in the late Christianized Roman empire. Extensively illustrated with maps and diagrams, Olympia brings the development of Olympia vividly to life for modern readers.