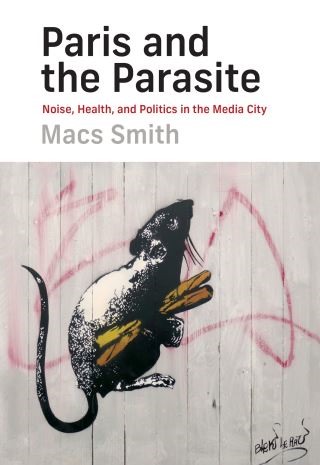 Paris and the Parasite

Noise, Health, and Politics in the Media City

The social consequences of anti-parasitic urbanism, as efforts to expunge supposedly biological parasites penalize those viewed as social parasites.

According to French philosopher Michel Serres, ordered systems are founded on the pathologization of parasites, which can never be fully expelled. In Paris and the Parasite, Macs Smith extends Serres's approach to Paris as a mediatic city, asking what organisms, people, and forms of interference constitute its parasites. Drawing on French poststructuralist theory and philosophy, media theory, the philosophy of science, and an array of literary and cultural sources, he examines Paris and its parasites from the early nineteenth century to today, focusing on the contemporary city. In so doing, he reveals the social consequences of anti-parasitic urbanism.

Macs Smith: Macs Smith is the Hamilton Junior Research Fellow in French at The Queen's College at the University of Oxford.