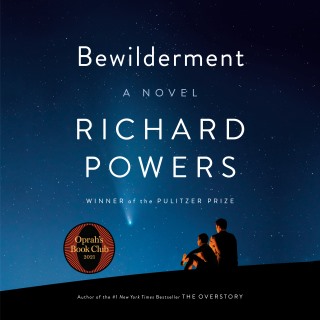 A heartrending new novel from the Pulitzer Prize–winning and #1 New York Times best-selling author of The Overstory.

I never believed the diagnoses the doctors settled on my son. When a condition gets three different names over as many decades, when it goes from non-existent to the country's most commonly diagnosed childhood disorder in one generation, when two different physicians want to prescribe three different medications, there's something wrong....

Theo Byrne is a promising young astrobiologist who has found a way to search for life on other planets dozens of light years away. He is also the widowed father of a most unusual nine-year-old. His son, Robin, is funny, loving, and filled with plans. He thinks and feels deeply, adores animals, and can spend hours painting elaborate pictures. He is also on the verge of being expelled from third grade for smashing his friend's face with a metal thermos.

What can a father do, when the only solution offered to his rare and troubled boy is to put him on psychoactive drugs? What can he say when his boy comes to him wanting an explanation for a world that is clearly in love with its own destruction? The only thing for it is to take the boy to other planets, even while fostering his son's desperate campaign to help save this one.

"Richard Powers is one of our country’s greatest living writers. He composes some of the most beautiful sentences I’ve ever read. I’m in awe of his talent." —Oprah Winfrey

Richard Powers: RICHARD POWERS is the author of twelve novels. His most recent, The Overstory, won the 2019 Pulitzer Prize in Fiction and the 2020 American Academy of Arts and Letters' William Dean Howells Medal for the most distinguished American work of fiction published in the last five years, and was a finalist for the Booker Prize. The Overstory has been on the New York Times bestseller list for 63 weeks to date, with more than 1 million copies in print across all formats. Powers is also the recipient of a MacArthur Fellowship and the National Book Award, among other accolades.