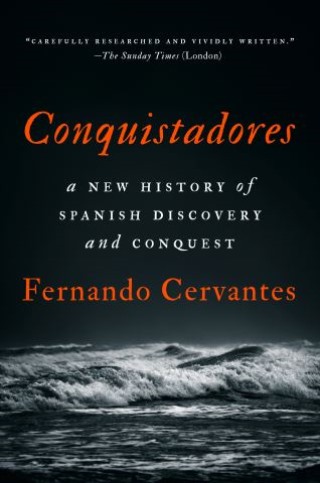 A New History of Spanish Discovery and Conquest

A sweeping, authoritative history of 16th-century Spain and its legendary conquistadors, whose ambitious and morally contradictory campaigns propelled a small European kingdom to become one of the formidable empires in the world

“The depth of research in this book is astonishing, but even more impressive is the analytical skill Cervantes applies. . . . [He] conveys complex arguments in delightfully simple language, and most importantly knows how to tell a good story.” —The Times (London)

In Conquistadores, acclaimed Mexican historian Fernando Cervantes—himself a descendent of one of the conquistadors—cuts through the layers of myth and fiction to help us better understand the context that gave rise to the conquistadors' actions. Drawing upon previously untapped primary sources that include diaries, letters, chronicles, and polemical treatises, Cervantes immerses us in the late-medieval, imperialist, religious world of 16th-century Spain, a world as unfamiliar to us as the Indigenous peoples of the New World were to the conquistadors themselves. His thought-provoking, illuminating account reframes the story of the Spanish conquest of the New World and the half-century that irrevocably altered the course of history.

Fernando Cervantes: Fernando Cervantes is a professor of early modern studies at the University of Bristol, specializing in the intellectual and religious history of early modern Spain and Spanish America. His previous books include The Devil in the New World; Spiritual Encounters; and Angels, Demons and the New World. Dr. Cervantes has held positions and fellowships at the University of London; UC Santa Barbara; Princeton University; UCLA; and the Liguria Study Centre for the Arts and the Humanities in Bogliasco, Italy. He was also the editor for Routledge's Religious Cultures in the Early Modern World series.