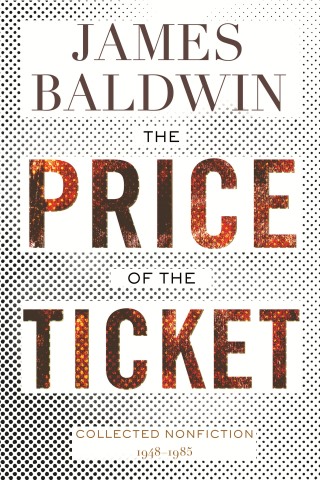 The Price of the Ticket

An essential compendium of James Baldwin’s most powerful nonfiction work, calling on us “to end the racial nightmare, and achieve our country.”

Personal and prophetic, these essays uncover what it means to live in a racist American society with insights that feel as fresh today as they did over the 4 decades in which he composed them. Longtime Baldwin fans and especially those just discovering his genius will appreciate this essential collection of his great nonfiction writing, available for the first time in affordable paperback. Along with 46 additional pieces, it includes the full text of dozens of famous essays from such books as:

This collection provides the perfect entrée into Baldwin’s prescient commentary on race, sexuality, and identity in an unjust American society.

James Baldwin: James Baldwin (1924–1987) was a novelist, essayist, playwright, poet, and social critic, and one of America’s foremost writers. His writing explores palpable yet unspoken intricacies of racial, sexual, and class distinctions in Western societies, most notably in mid-20th-century America. A Harlem, New York, native, he lived periodically in exile in the south of France and in Turkey. He is the author of several novels and books of nonfiction, including Notes of a Native Son, Go Tell It on the Mountain, Giovanni’s Room, Another Country, Tell Me How Long the Train’s Been Gone, If Beale Street Could Talk, Just Above My Head, The Fire Next Time, No Name in the Street, and The Evidence of Things Not Seen, and of the poetry collection Jimmy’s Blues.