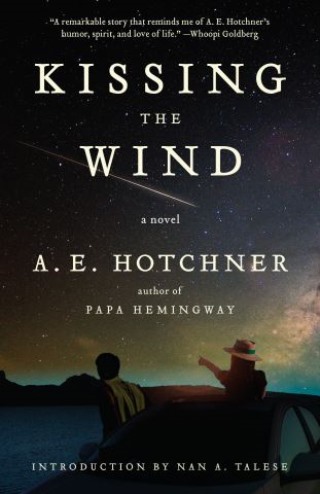 From the author of the international bestseller Papa Hemingway, based on his own experiences: the story of a man struggling to overcome a rare syndrome that causes terrifying hallucinations, who eventually, despite the odds, finds love.

Chet Tremaine is living his best life. A successful lawyer with a loyal best friend, the arts and culture of New York City at his doorstep, and a peaceful retreat in Connecticut, Chet has it figured out. Even when a freak tennis accident leaves him blind in one eye, Chet is confident he'll be able to bounce back.

But then he starts hallucinating: unknown children playing in his living room, pine needles seasoning his salad, wire grids barring access to his bathroom. His doctor allays his worst fears, only to deliver an even more shocking diagnosis: Chet's eye injury has left him with Charles Bonnet syndrome, and this rare disease is incurable. Chet is going to be plagued by these hallucinations for the rest of his life.

His social life impaired, his job in jeopardy, Chet is close to becoming a recluse when he helps a woman who's collapsed on a Manhattan street corner. She turns out to be Emma Vicky, a warm and witty British actress who suffers from Ménière's disease, a condition that causes severe vertigo. Like Chet, she feels restrained by her chronic illness and terribly isolated--until their meeting renews her desire to open up, let another person in. But Chet can't make the same leap. Instead, he decides to make a final Hail Mary attempt to find a cure, embarking on a spiritual quest that will take him all the way to the mountains of Nepal. By turns funny, harrowing, and inspirational, Kissing the Wind is A. E. Hotchner's final, and finest, achievement.

A E Hotchner: A. E. HOTCHNER was the author of the international bestsellers Papa Hemingway, Doris Day: Her Own Story, Sophia, and his own memoir, King of the Hill. He adapted many of Hemingway's works for the screen, and he was the founder, with Paul Newman, of Newman's Own. He died in 2020 at age 102.