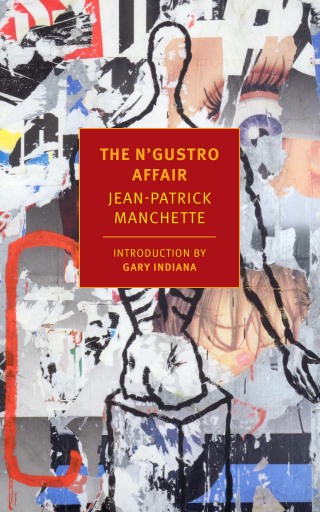 The debut novel of a pioneering author of French crime thrillers.

Mean, arrogant, naive, sadistic on occasion, the young Henri Butron records his life story on tape just before death catches up with him: a death passed off as a suicide by his killers, French secret service agents who need to hush up their role—and Butron’s—in the kidnapping, torture, and murder of a prominent opposition leader from a third-world African nation in the throes of a postcolonial civil war.

The N’Gustro Affair is a thinly veiled retelling of the 1965 abduction and killing of Mehdi Ben Barka, a radical opponent of King Hassan II of Morocco. But this is merely the backdrop to Jean-Patrick Manchette’s first-person portrait (with shades of Jim Thompson’s The Killer Inside Me) of a man who lacks the insight to see himself for what he is: a wannabe nihilist too weak to be even a full-bore fascist.

Jean-Patrick Manchette: Jean-Patrick Manchette (1942–1995) was a genre-redefining French crime novelist, screenwriter, critic, and translator. In 1971 he published his first novel, a collaboration with Jean-Pierre Bastid, and went on to produce ten subsequent works over the course of the next two decades, establishing a new genre of French novel, the néo-polar (distinguished from the traditional detective novel, or polar, by its political engagement and social radicalism). Manchette’s Fatale, The Mad and the Bad, Ivory Pearl, Nada, and No Room at the Morgue are also available from NYRB Classics.

Donald Nicholson-Smith was born in Manchester, England, and is a longtime resident of New York City. For NYRB Classics, he has translated Manchette’s Fatale, The Mad and the Bad, Ivory Pearl, and Nada as well as Jean-Paul Clébert’s Paris Vagabond and Frédéric Pajak’s Uncertain Manifesto; and for NYR Comics The Green Hand and Dead Season by Nicole Claveloux and Yellow Negroes and Other Imaginary Creatures by Yvan Alagbé.

Gary Indiana is a critic and novelist. His most recent books include I Can Give You Anything But Love, a memoir, and Tiny Fish That Only Want to Kiss, a collection of short fiction. His writing has appeared in New York magazine, The New York Times, Vice, the London Review of Books, and many other publications.