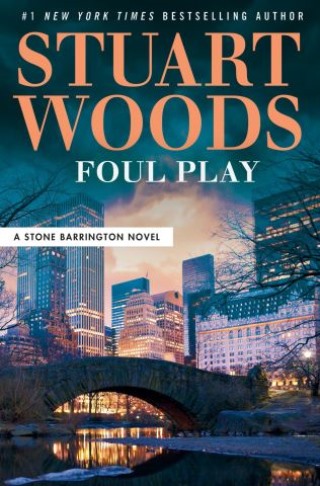 Stone Barrington is nearing his New York City abode when he stumbles into trouble. As it turns out, a new client is in danger—and with both business and the safety of the city at stake, he has no choice but to get involved.

When it soon becomes clear that a complicated scheme is being hatched, Stone will need to use his expertise and connections to unravel the clever plot. Though the source remains unknown, it’s just a matter of time before he and Stone must each show their hands. From ritzy Manhattan high-rises to the lush serenity of the Connecticut countryside, the game of cat and mouse can end with only one victor….

Stuart Woods: Stuart Woods is the author of more than eighty-five novels, including the #1 New York Times-bestselling Stone Barrington series. He is a native of Georgia and began his writing career in the advertising industry. Chiefs, his debut in 1981, won the Edgar Award. An avid sailor and pilot, Woods lives in Florida, Maine, and Connecticut.