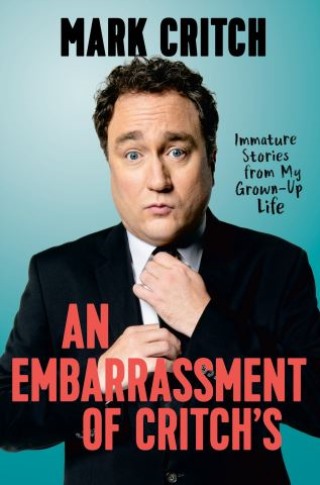 Immature Stories From My Grown-Up Life

The heartfelt and hilarious story of beloved Canadian comedian Mark Critch's journey from Newfoundland to the national stage--and back home again.

One of Mark Critch's earliest acting gigs was in a Newfoundland tourist production alongside a cast of displaced fishery workers. Since, he's found increasing opportunities to take his show on the road. In An Embarrassment of Critch's, the star of CBC's This Hour Has 22 Minutes revisits some of his career's--and the country's--biggest moments, revealing all the things you might not know happened along the way: A wishful rumour spread by Mark's father results in his big break; two bottles of Scotch nearly get him kicked out of a secret Canadian airbase in the United Arab Emirates; and for anyone wondering how to get an interview with the Prime Minister and Bono (yes, that Bono) on the same evening, Critch might recommend a journey to the 2003 Liberal Convention.

Critch's top-secret access to all of the funniest behind-the-scenes moments involve many of the charismatic and notorious politicians we love to see blush, including fearless leaders Justin Trudeau, Stephen Harper, Paul Martin, and Jean Chrétien, celebrities such as Pamela Anderson and Robin Williams, and other colourful figures he's met over years of pulling off daring skits at home and abroad. Remember when MP Carolyn Parrish took her boot to George W. Bush's head in an interview? Or when Critch asked Justin Trudeau where the best place to smoke pot on Parliament Hill was before pulling out a joint for them to share? There's more to each of those stories than you know. Though Critch has spent years crisscrossing the country--and the globe--with the explicit aim of causing trouble everywhere he goes, like the best journeys, this one takes him right back home.

Mark Critch: MARK CRITCH is one of the most recognizable faces in Canadian comedy and has won multiple awards for both writing and performance. For fourteen years, he has starred on CBC's flagship show, This Hour Has 22 Minutes. As an anchor and "roving reporter," he has brought celebrities and politicians to Canadian living rooms across the nation. He is the host of CBC's Halifax Comedy Festival and has written for and appeared in CBC's world-renowned Just for Laughs series.