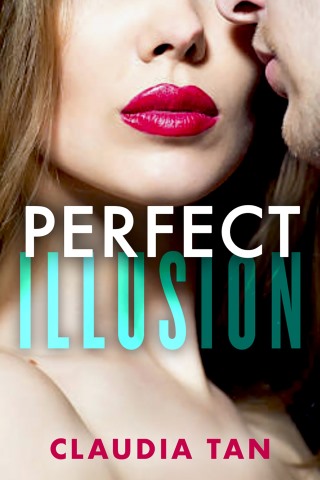 From showmance to romance? Will Alex open her heart (and mind) and let notorious playboy Daniel Kerrington in?

When her parents’ company fails, Alex Woods finds herself at the mercy of billionaire Harry Kerrington, who will bail them out but only at a cost. That price? Alex must agree to be engaged to Harry’s playboy son for a period of three years. Three years to put her life on hold. Three years where she has to pretend. Three years she won’t get back . . .

Daniel isn’t happy about the arrangement, either. But he’s willing to make it work, to prove to his father that he’s ready to run the company. And when the sparks do more than fly, Daniel will do anything to prove to Alex that he’s worthy of her, that he’s changed his ways. Except she doesn’t know if she can ever trust him, or her heart—both of which have betrayed her before . . .

Perfect Illusion is the first book in the Perfect Series from Claudia Tan, and this steamy new adult romance from the Wattpad superstar will take your heart for a ride and never let go!

Claudia Tan: Claudia Tan is a new adult romance writer, graduating from Lancaster University with a BA in English Literature and History. Her massively popular Perfect series on Wattpad has accumulated over 160 million reads, and nabbed the People’s Choice Award in the Wattys Awards in 2015 and 2016. The series has also been published in French by Hachette Romans, and book 2, Perfect Addiction, will be released by Wattpad Books in 2022.