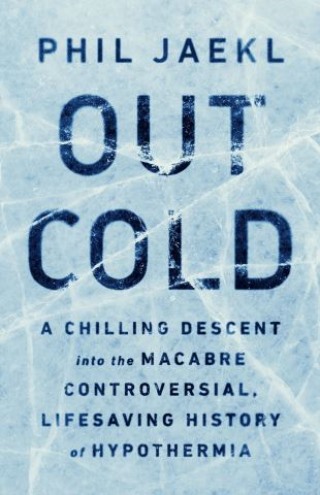 A Chilling Descent into the Macabre, Controversial, Lifesaving History of Hypothermia

“A fascinating look into the strange and sometimes unbelievable history of hypothermic medicine. Jaekl weaves together a story that is part history lesson and part science thriller. This is truly a must-read for any fan of science and science fiction!” —Douglas Talk, MD/MPH, chief medical consultant, SpaceWorks Inc., Human Torpor Project

The meaning of the word “hypothermia” has Greek origins and roughly translates to “less heat.” Its symptoms can be deadly—shivering, followed by confusion, irrationality, and even the illusion of feeling hot. But hypothermia has another side—it can be therapeutic.

In Out Cold, science writer Phil Jaekl chronicles the underappreciated story of human innovation with cold, from Ancient Egypt, where it was used to treat skin irritations, to eighteenth-century London, where scientists used it in their first explorations of suspended animation. Throughout history, physicians have used cold to innovate life extension, enable distant space missions, and explore consciousness.

Hypothermia may still conjure macabre images, like the bodies littering Mt. Everest and disembodied heads in cryo-freezers, but the reality is that modern science has invented numerous new life-saving cooling techniques based on what we’ve learned over the centuries. And Out Cold reveals a surprisingly warm future for this chilling state.

Phil Jaekl: Philip Jaekl is a cognitive neuroscientist and science writer. Aside from his academic publications he has written on topics related to neuroscience for The Atlantic, The Guardian, and Wired. He's also written for New York Magazine and has contributed feature-length essays to Aeon. Jaekl now lives in Tromsø, Norway.