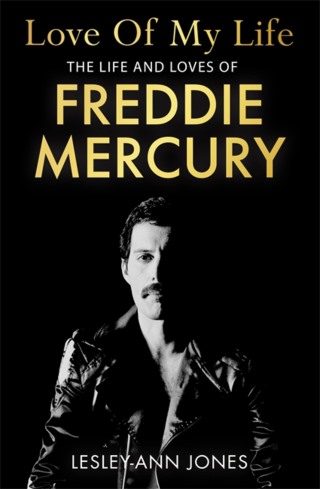 Love of My Life

The Life and Loves of Freddie Mercury - THE PERFECT CHRISTMAS GIFT

WHO - OR WHAT - WAS THE REAL LOVE OF FREDDIE MERCURY'S LIFE? THE SENSATIONAL NEW BIOGRPHAY OF QUEEN'S FRONTMAN

Millions of Queen and screen fans who watched the Oscar-winning film Bohemian Rhapsody believe that Mary Austin, the woman he could never quite let go of, was the love of Freddie Mercury's life. But the truth is infinitely more complicated.

Best-selling biographer and music writer Lesley-Ann Jones explores the charismatic frontman's romantic encounters, from his boarding school years in Panchgani, India to his tragic, final, bed-ridden days in his magnificent London mansion. She reveals why none of his love interests ever perfected the art of being Freddie's life partner.

In Love of My Life, the author follows him through his obsessions with former shop girl Mary, German actress Barbara Valentin and Irish-born barber boyfriend Jim Hutton. She explores his adoration of globally fêted Spanish soprano Montserrat Caballé. She delves into his intimate friendship with Elton John, and probes his imperishable bonds with his fellow band members. She deconstructs his complicated relationship with the 'food of love' - his music - and examines closely his voracious appetite for - what some would call his fatal addiction to - sex. Which of these was the real love of Freddie Mercury's life? Was any of them?

Drawing on personal interviews and first-hand encounters, this moving book brings to the fore a host of Freddie's lesser-known loves, weaving them in and out of the passions that consumed him. The result, a mesmerising portrait of a legendary rock star, is unputdownable. Love of My Life, published during the year of the 30th anniversary of his death and that would have seen his 75th birthday, is Lesley-Ann's personal and compassionate tribute to an artist she has revered for as long as she has written about music and musicians.

Lesley-Ann Jones: Lesley-Ann Jones is a journalist, newspaper columnist and broadcaster. The author of eight published books, she has enjoyed more than twenty-five years in music and the media. She lives in South-East London with her young children, the eldest having grown up and gone into the music business.