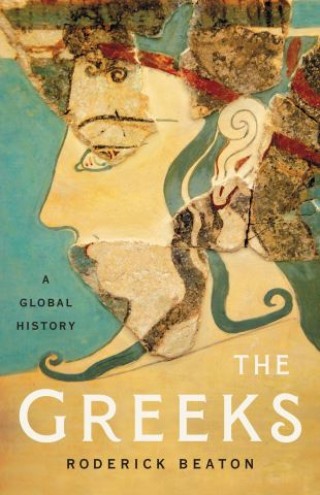 A sweeping history of the Greeks, from the Bronze Age to today

More than two thousand years ago, the Greek city-states, led by Athens and Sparta, laid the foundation for much of modern science, the arts, politics, and law. But the influence of the Greeks did not end with the rise and fall of this classical civilization. As historian Roderick Beaton illustrates, over three millennia Greek speakers produced a series of civilizations that were rooted in southeastern Europe but again and again ranged widely across the globe.

In The Greeks, Beaton traces this history from the Bronze Age Mycenaeans who built powerful fortresses at home and strong trade routes abroad, to the dramatic Eurasian conquests of Alexander the Great, to the pious Byzantines who sought to export Christianity worldwide, to today’s Greek diaspora, which flourishes on five continents. The product of decades of research, this is the story of the Greeks and their global impact told as never before.

Roderick Beaton: Roderick Beaton is an Emeritus Professor at King’s College London and Commander of the Order of Honor of the Hellenic Republic. His previous book, Greece: Biography of a Modern Nation, was shortlisted for the Cundill History Prize. He is the four-time winner of the prestigious Runciman Award and lives in Kent, England.