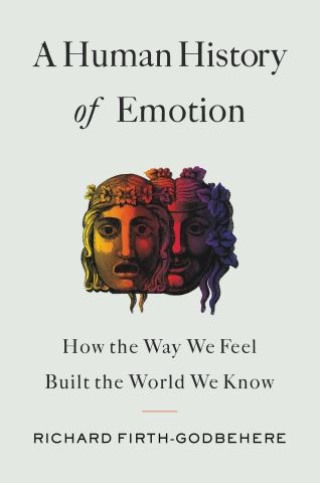 A Human History of Emotion

How the Way We Feel Built the World We Know

A sweeping exploration of the ways in which emotions shaped the course of human history, and how our experience and understanding of emotions have evolved along with us. "Eye-opening and thought-provoking!” (Gina Rippon, author of The Gendered Brain)

We humans like to think of ourselves as rational creatures, who, as a species, have relied on calculation and intellect to survive. But many of the most important moments in our history had little to do with cold, hard facts and a lot to do with feelings. Events ranging from the origins of philosophy to the birth of the world’s major religions, the fall of Rome, the Scientific Revolution, and some of the bloodiest wars that humanity has ever experienced can’t be properly understood without understanding emotions.

Drawing on psychology, neuroscience, philosophy, art, and religious history, Richard Firth-Godbehere takes readers on a fascinating and wide ranging tour of the central and often under-appreciated role emotions have played in human societies around the world and throughout history—from Ancient Greece to Gambia, Japan, the Ottoman Empire, the United States, and beyond.

A Human History of Emotion vividly illustrates how our understanding and experience of emotions has changed over time, and how our beliefs about feelings—and our feelings themselves—profoundly shaped us and the world we inhabit.

His award-winning interdisciplinary research walks the line between history, psychology, linguistics, and futurism. He examines how understandings of emotions change over time and how these changes can influence the wider world.