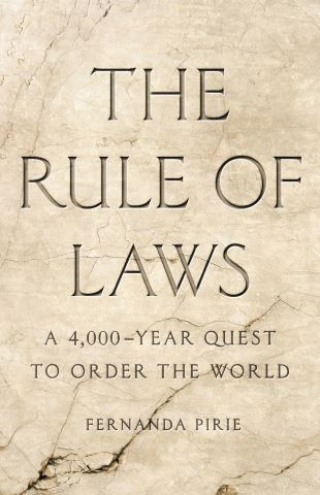 The Rule of Laws

From ancient Mesopotamia to today, the epic story of how humans have used laws to forge civilizations

Rulers throughout history have used laws to impose order. But laws were not simply instruments of power and social control. They also offered ordinary people a way to express their diverse visions for a better world.

In The Rule of Laws, Oxford scholar Fernanda Pirie traces the rise and fall of the sophisticated legal systems underpinning ancient empires and religious traditions, while also showing how common people—tribal assemblies, merchants, farmers—called on laws to define their communities, regulate trade, and build civilizations. Although legal principles originating in Western Europe now seem to dominate the globe, the variety of the world’s laws has long been almost as great as the variety of its societies. What truly unites human beings, Pirie argues, is our very faith that laws can produce justice, combat oppression, and create order from chaos.

Fernanda Pirie:
Fernanda Pirie is professor of the anthropology of law at the University of Oxford. She is the author of The Anthropology of Law and has conducted fieldwork in the mountains of Ladakh and the grasslands of eastern Tibet. She previously spent almost a decade practicing as a barrister at the London bar. She lives in Oxford, UK.