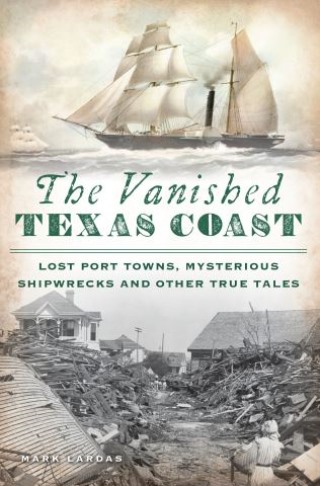 People may associate Texas with cattle drives and oil derricks, but the sea has shaped the state's history as dramatically as it has delineated its coastline. Some of that history has vanished into the Gulf, whether it is an abandoned port town or a gale-tossed treasure fleet. Revisit the shipwreck that put Texas on the map. Add La Salle's lost colony, the Texas Navy's forgotten steamship and Galveston's overlooked 1915 hurricane to the navigational charts. From the submarines of Seawolf Park to the concrete tanker beached off Pelican Island, author Mark Lardas scours the coast to salvage the secrets of its sunken heritage.

Mark Lardas: Mark Lardas--a sometime engineer, freelance writer, historian and model-maker--has lived in the Houston area for forty years. He is currently employed as a technical writer and spends his spare time collecting offbeat stories about Texas and maritime history. He worked on the Shuttle program as a navigator and engineer from 1979 until 2011.