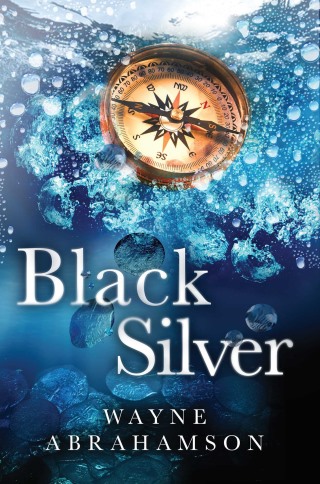 Joseph Havok has no idea of the troubles he’ll face when he and his business partner decide to follow up on a rumor and go off in search of a lost cache of WWII silver near an island in the South China Sea. The two men travel by dive boat to Terumbu Island, unaware of the others they will soon encounter, including an American CIA station chief, an environmental-studies professor, and the captain of the professor’s research vessel. But Terumbu holds other secrets‍, something far more dangerous and much more valuable than the island’s cache of old silver.

Nicholai Anisimova, a former Russian army intelligence officer, is the leader of a group of dissatisfied comrades who threaten international order in their quest to transform Siberia into a new Russia. However, in order to purchase arms and equipment to begin their revolution and occupation of Siberia, the group will need money. To finance the recovery of resources from a sunken Japanese submarine, Anisimova secures the sponsorship of a Chinese industrialist who does not trust the Russians and decides to monitor the recovery himself.

Havok and his partner soon find themselves involved in a conflict, refereed by an unknown, seldom-seen island hermit that escalates into a bitter struggle between survivors and pirates. What begins as a simple holiday for two men on a treasure hunt ends with a far-ranging battle that spills beyond the borders of the South China Sea, embroiling world leaders and placing the population of a nation at risk.

“A thrilling and fun adventure built on excellent use of details sprinkled with comedic relief.” — Kendra Kennedy, Senior Archaeologist

“Abrahamson’s excellent use of technical details trickled throughout the storyline provides for an authentic, and fast-paced, adventure at every turn of the page.” — Siska Williams, Senior Archaeologist

Wayne Abrahamson: Wayne Abrahamson, originally from Elroy, Wisconsin, spent twenty-four years in the US Navy, serving aboard a number of vessels, including destroyers and the elite Special Boat Squadrons. While in the Navy, he qualified as a private pilot, parachute jumper, and divemaster (PADI). After retiring from service, he qualified as a master scuba diver (NAUI) and earned several undergraduate and graduate degrees in anthropology and history. Abrahamson is now an adjunct college instructor in Pensacola, Florida, and spends his free time traveling to the Caribbean and Latin America. While his first novel, Black Silver, is based on his previous experiences in the South China Sea and Southeast Asia, he now uses his travels to the Caribbean and Latin America as inspirations for future writing projects, to include action-adventure novels and works of historical fiction.