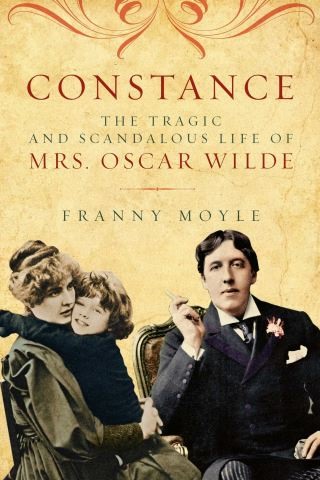 In the spring of 1895 the life of Constance Wilde changed irrevocably. Up until the conviction of her husband Oscar for homosexual crimes, she had held a privileged place in society. Part of a gilded couple, she was a popular children’s author, a fashion icon and a leading campaigner for women’s rights. Mrs. Oscar Wilde was a phenomenon in her own right. But that spring Constance’s entire life was eclipsed by scandal. Forced to flee to the Continent with her two sons, her glittering literary and political career ended abruptly. Changing her name, she lived in exile until her death. Franny Moyle now tells Constance’s story with a fresh eye and remarkable new material. Drawing on numerous unpublished letters, she brings to life the story at the heart of fin-de-siecle London and the Aesthetic Movement.

Franny Moyle: Franny Moyle has a degree in English and History of Art from St John's College, Cambridge, and is the author of Desperate Romantics. She was a leading arts producer at the BBC, which culminated in her becoming the corporation's first Commissioner for Arts and Culture, and is now a freelance writer in London.