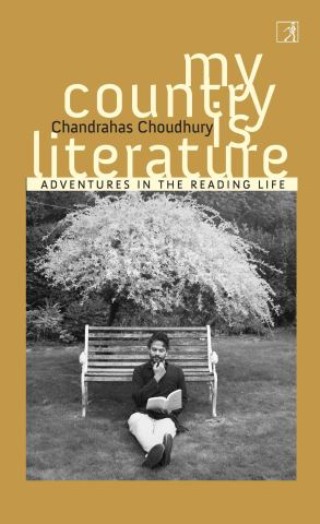 My Country Is Literature

Adventures in the Reading Life

'A book is only one text, but it is many books. It is a different book for each of its readers. My Anna Karenina is not your Anna Karenina; your A House for Mr Biswas is not the one on my shelf. When we think of a favourite book, we recall not only the shape of the story, the characters who touched our hearts, the rhythm and texture of the sentences. We recall our own circumstances when we read it: where we bought it (and for how much), what kind of joy or solace it provided, how scenes from the story began to intermingle with scenes from our life, how it roused us to anger or indignation or allowed us to make our peace with some great private discord. This is the second life of the book: its life in our life.'


In his early twenties, the novelist Chandrahas Choudhury found himself in the position of most young people who want to write: impractical, hard-up, ill at ease in the world. Like most people who love to read, his most radiant hours were inside the pages of a book. Seeking to combine his love of writing with his love of reading, he became an adept of a trade that is mainly transacted lying down—that is, he became a book reviewer.

Pleasure, independence, aesthetic rapture, even a modest livelihood: all these were the rewards of being a worker bee of literature, ingesting the output of the publishers of the world in great quantities and trying to explain in the pages of newspapers and magazines exactly what makes a book leave a mark on the soul.  Even as Choudhury's own novels began to be published, he continued to write about other writers' books: his contemporaries at home and abroad, the great Indian writers of the past, the relationship of the reading life —in particular, the novel—to selfhood and democracy, all the ways in which literature sings the truths of the human heart.

My Country Is Literature brings together the best of his literary criticism: a long train of perceptive essays on writers as diverse as VS Naipaul and Orhan Pamuk, Gandhi and Nehru, Bibhutibhushan Bandyopadhyay and Jhumpa Lahiri. The book also contains an introductory essay describing Choudhury's book-saturated years as a young writer in Mumbai, the joys and sorrows and stratagems of the book reviewer's trade, and the ways in which literature is made as much by readers as by writers.

Delightfully punctuated with 15 portraits of writers by the artist Golak Khandual, My Country Is Literature is essential reading for everyone who believes that books are the most beautiful things in life.

Chandrahas Choudhury: Chandrahas Choudhury is the author of Clouds and Arzee the Dwarf. He is also the editor of the anthology India: A Traveler’s Literary Companion. His essays on literature, travel, and politics appear regularly in The Wall Street Journal, The Washington Post, Condé Nast Traveller, and Mint. A long-time resident of Bombay, he now lives in Delhi.