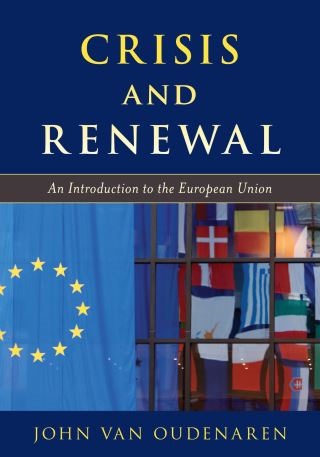 An Introduction to the European Union

This clear and comprehensive introduction to the European Union considers its development through the theme of crisis and renewal. John Van Oudenaren describes EU institutions and policies, both historically and as they relate to current events. He traces the renewal of the EU that was underway at the end of the 2010s following the euro, migration, and Brexit crises and the health, economic, and political crisis that subsequently hit the Union with unexpected force in the coronavirus pandemic of 2020–2021. Exploring how institutions and policies are adapting to unprecedented political, economic, and geopolitical challenges, the author focuses on two key EU priorities—digitization and the transition to a carbon neutral future. These, he argues, are both intrinsic policy goals and the means by which the Union hopes to ensure its revitalization and its emergence as a “sovereign” power, taking its place alongside the United States and China as one of the big three players in global politics. Explaining the different theoretical perspectives used to understand the EU, the book gives students the tools they need to assess whether the Union is on a path to recovery and renewal.

John Van Oudenaren is a Global Fellow at the Kennan Institute for Advanced Russian Studies at the Woodrow Wilson International Center for Scholars, specializing in both EU and Russian affairs. Previously, he held senior positions at the Library of Congress, including director of Scholarly and Educational Programs, director of the World Digital Library, and chief of the European Division. He was the founding director of RAND Europe and has taught at the Georgetown University School of Foreign Service, the Paul H. Nitze School of Advanced International Studies at Johns Hopkins University, and the Elliott School of International Affairs, George Washington University.