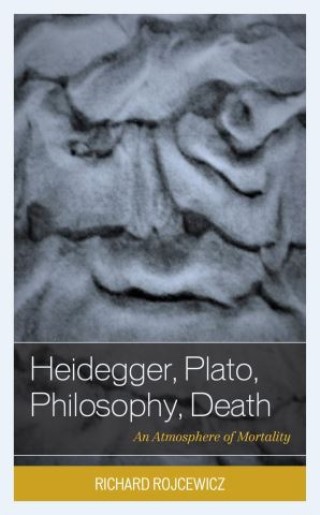 An Atmosphere of Mortality

Richard Rojcewicz’s Heidegger, Plato, Philosophy, Death: An Atmosphere of Mortality offers an original perspective on the bond between philosophy and death in the thought of Martin Heidegger and Plato. For Heidegger, authentic being-toward-death is not preoccupation with death as such, nor resoluteness in the face of one's demise, but preoccupation with the meaning of the beings—ourselves—who comport themselves understandingly toward death and who breathe an atmosphere of mortality. Authentic dying is then nothing other than the practice of philosophy. For Plato, philosophy is the practice of dying, the separating of the soul to its own autonomous existence. This separation, however, is not that of the soul from the body. Instead, it is separation from common understanding, hearsay, everydayness, and mediocrity. Accordingly, both Heidegger and Plato see an intimate connection between philosophy and death. Rather than a morbid focus on negativity and dissolution, however, this connection leads to a call to being authentic, thinking for oneself, and repudiating the superficiality of the crowd. For both Heidegger and Plato, philosophizing and dying are, most concretely, a matter of heeding the Delphic oracle: Know thyself. Rojcewicz pursues this theme of philosophy and death through the topics of signs, anxiety, conscience, music, and the COVID-19 pandemic.