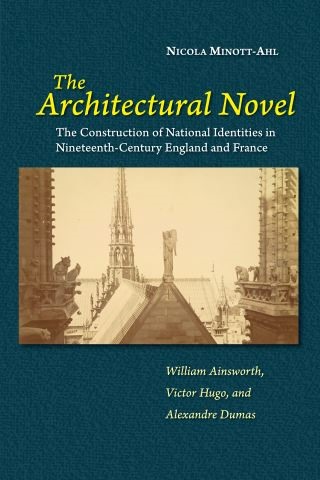 Scholars in disciplines from architecture and the fine arts, to the various branches of history and social studies, will find this study timely given contemporary European controversies over what constitutes national identity and what parts are played by race, philosophy and religion, economics, immigration, and invasion. Many major European national identities barely predate the nineteenth century and were shaped not just by wars, philosophies, industrial change, and governmental policies, but also by artistic manipulation of how people perceived public spaces: landscapes, cityscapes, religious and cultural structures, museums, and monuments commemorating conflict.

Among the most masterful manipulators of the day were popular nineteenth-century French and British novelists, who gave famous buildings a special prominence in their writing. Some, like Victor Hugo, are still read and respected by scholars. Others, like Alexandre Dumas, though still widely read, are undervalued by contemporary critics. Still others, like William Harrison Ainsworth, a prolific English writer, are all but forgotten. These three writers authored architectural novels which gave major ancient Gothic buildings a new and portable cultural presence well beyond their physical location. During these revolutionary times, when national symbolism was being questioned and challenged, the threatened rupture with the past was admirably addressed through their art.

Nicola Minott-Ahl: Nicola Minott-Ahl is Associate Professor in the Department of English and Comparative Literature and the Media and Society Program at Hobart & William Smith Colleges in Geneva, New York. She teaches and writes on Adaptation Studies, as well as nineteenth-century British and French Literature with particular emphasis on historical and industrial fiction and Gothic architecture in novels.