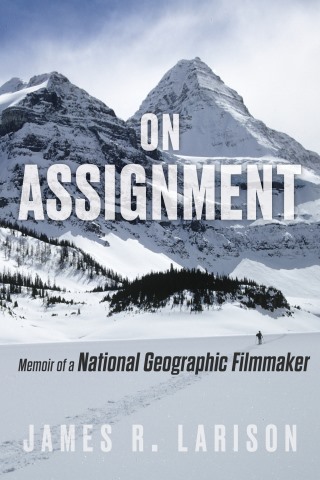 Memoir of a National Geographic Filmmaker

An exciting adventure story with personal drama and high stakes, as well as a glimpse behind the scenes of the highly regarded National Geographic brand

Jim and Elaine Larison spent years studying, exploring, and living in wild places, making more than thirty environmental films, most for the National Geographic Society. These films won more than forty international awards from leading environmental and broadcast organizations. This memoir tells the story behind the adventure and describes the rather substantial personal costs of this career.

While shooting film in Alaska, Jim Larison narrowly survived a devastating airplane crash in the Bering Sea. Later, while filming on the Great Barrier Reef, the Larisons fought off an aggressive twelve-foot tiger shark. Midway through their careers, the Larisons were nearly swept to their deaths by an icefall while filming on Mount Robson. A thrilling adventure story, full of risk and personal conflict, On Assignment is also a touching look at the tender bonds that held the married couple together while they struggled to complete their many film assignments.

The Larisons were changed by what they saw and what they captured on film: the destruction of forests, the death of coral reefs, and global warming.

In the beginning, the Larisons wanted nothing more than to spend time in the wilderness. By the end, they were fighting for its very survival.

James R. Larison:
James Larison is a retired university professor who spent most of his career on the faculty of Oregon State University serving as a teacher, research scientist, and university administrator. For much of that same period of time, he also produced, photographed, and wrote more than thirty films for the National Geographic Society. He has also published original research in Nature and the Auk, and has written and edited a dozen literature publications as director of communications for a Sea Grant College. He lives in Oregon.