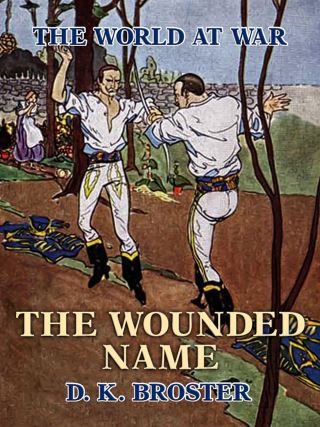 Essentially a book about The Power of Friendship and The Power of Love, The Wounded Name details the development of the two heroes' deep affection for one another, as well as the heroic Undying Loyalty which comes to define Laurent's character. Originally published in 1922 by British novelist D.K. Broster, The Wounded Name tells the story of Laurent de Courtomer, whose noble family left France for England as a result of the French Revolution. After Napoleon abdicates the French throne in 1813, Laurent prepares to return to France with his family, but not before meeting a legendary hero of the French forces — Aymar de la Rocheterie, also known as L'Oiseleur. Aymar's exploits in the army, both real and mythological, have spread far and wide among the Royalist populace. He and Laurent become fast friends, and Laurent in particular finds himself infatuated and lost in hero-worship.