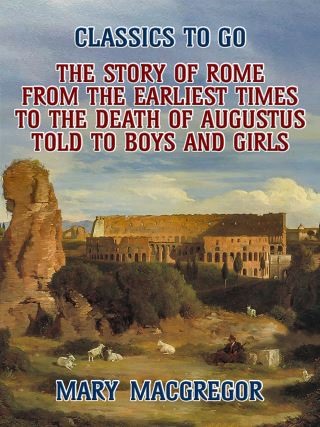 The Story of Rome, From the Earliest Times to the Death of Augustus, Told to Boys and Girls

Excerpt: "Long, long years ago, Troy, one of the great cities in Asia Minor, was taken by the Greeks. Many mighty Trojans had defended their city well, and among them all none had fought more bravely than the prince Æneas. But when Æneas saw that the Greeks had set fire to the city, he fled, carrying, it is said, his father on his shoulders, and grasping by the hand his son Ascanius. Moreover, so precious to him was the sacred image of the goddess Pallas, that he saved it from the burning city."