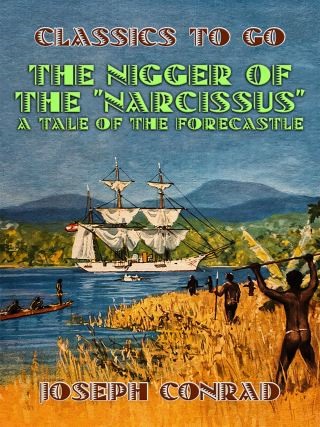 The Nigger of the "Narcissus" A Tale of the Forecastle

The Nigger of the "Narcissus": A Tale of the Forecastle[a] (sometimes subtitled A Tale of the Sea), first published in the United States as The Children of the Sea, is an 1897 novella by Joseph Conrad published in the United Kingdom. The central character is an Afro-Caribbean man who is ill at sea while aboard the trading ship Narcissus heading towards London. Because of the novella's superb quality compared to Conrad's earlier works, some critics have described it as marking the start of Conrad's major or middle period;others have placed it as the best work of his early period.

Joseph Conrad: Joseph Conrad (born Józef Teodor Konrad Korzeniowski); 3 December 1857 – 3 August 1924) was a Polish-British writer regarded as one of the greatest novelists to write in the English language. Though he did not speak English fluently until his twenties, he came to be regarded a master prose stylist who brought a non-English sensibility into English literature. Conrad wrote stories and novels, many with a nautical setting, that depict trials of the human spirit in the midst of what he saw as an impassive, inscrutable universe.