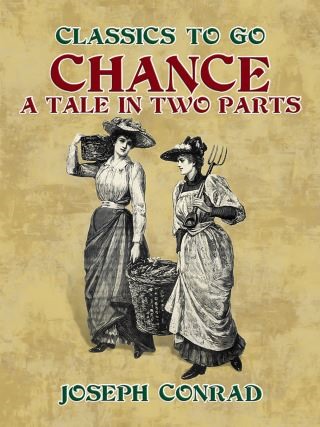 Chance A Tale in Two Parts

Chance (1914) was the first of Conrad's novels to bring him popular success and it holds a unique place among his works. It tells the story of Flora de Barral, a vulnerable and abandoned young girl who is "like a beggar, without a right to anything but compassion." After her bankrupt father is imprisoned, she learns the harsh fact that a woman in her position "has no resources but in herself." Her only means of action is to be what she is. Flora's long struggle to achieve some dignity and happiness makes her Conrad's most moving female character. (Google)

Joseph Conrad: Joseph Conrad (born Józef Teodor Konrad Korzeniowski); 3 December 1857 – 3 August 1924) was a Polish-British writer regarded as one of the greatest novelists to write in the English language. Though he did not speak English fluently until his twenties, he came to be regarded a master prose stylist who brought a non-English sensibility into English literature. Conrad wrote stories and novels, many with a nautical setting, that depict trials of the human spirit in the midst of what he saw as an impassive, inscrutable universe.