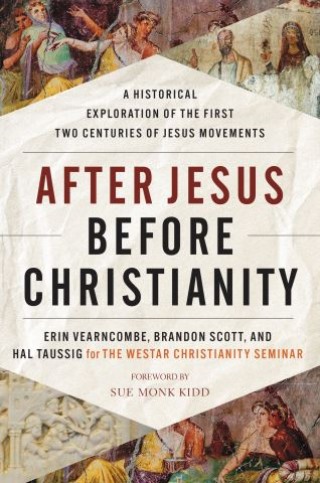 After Jesus Before Christianity

A Historical Exploration of the First Two Centuries of Jesus Movements

From the creative minds of the scholarly group behind the groundbreaking Jesus Seminar comes this provocative and eye-opening look at the roots of Christianity that offers a thoughtful reconsideration of the first two centuries of the Jesus movement, transforming our understanding of the religion and its early dissemination.

Christianity has endured for more than two millennia and is practiced by billions worldwide today. Yet that longevity has created difficulties for scholars tracing the religion’s roots, distorting much of the historical investigation into the first two centuries of the Jesus movement. But what if Christianity died in the fourth or fifth centuries after it began? How would that change how historians see and understand its first two hundred years?

Considering these questions, three Bible scholars from the Westar Institute summarize the work of the Christianity Seminar and its efforts to offer a new way of thinking about Christianity and its roots. Synthesizing the institute’s most recent scholarship—bringing together the many archaeological and textual discoveries over the last twenty years—they have found:

Exciting and revolutionary, After Jesus Before Christianity provides fresh insights into the real history behind how the Jesus movement became Christianity.

After Jesus Before Christianity includes more than a dozen black-and-white images throughout.

Erin Vearncombe is a professor in the Faculty of Arts and Science at the University of Toronto. Her research focuses on the social realities of the earliest Jesus groups.

Brandon Scott is the Darbeth Distinguished Professor of New Testament Emeritus at Phillips Theological Seminary, Tulsa, and the author of many books.

Hal Taussig recently retired as professor of New Testament at Union Theological Seminary in New York. He edited the award-winning A New New Testament and has published fourteen books.

The Westar Institute is a member organization of Bible scholars. It gained notoriety with the Jesus Seminar—where scholars voted on which sayings from Jesus were authentic. The institute holds numerous scholarly gatherings at the Society for Biblical Literature which draws 20,000 Bible scholars each November.

Hal Taussig recently retired as Professor of New Testament at Union Theological Seminary in New York. He lectures around the country and world. He is a United Methodist minister, the editor of the award-winning A New New Testament, and the author of fourteen books, his work has been featured in the New York Times, Time magazine, People, Newsweek, and the Washington Post, and on The Daily Show, National Public Radio, the Brian Lehrer Show on WNYC, the Bob Edwards show on Sirius Radio, and the History Channel.

Bernard Brandon Scott is the author and editor of many books, including The Real Paul: Recovering His Radical Challenge and The Trouble with Resurrection. A charter member of the Jesus Seminar, he is chair of Westar’s newly established Christianity Seminar. He holds an A.B. from St. Meinrad Seminary and School of Theology, an M.A. from Miami University, and a Ph.D. from Vanderbilt University. He lives in Tulsa, Oklahoma.

Erin Vearncomb completed her Ph.D. at the University of Toronto and is currently a Lecturer in the Princeton Writing Program at Princeton University. She lives in Princeton, New Jersey.