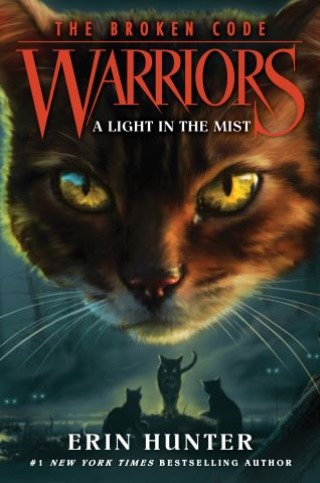 Warriors: The Broken Code #6: A Light in the Mist

The #1 bestselling Warriors series continues with the thrilling conclusion to the epic Broken Code story arc.

When fear reigns supreme, only hope can save the Clans.

The impostor’s reign of terror has brought the Clans to the brink of destruction, and now, every warrior—living and dead—must unite to defeat him before he delivers his final blow. To ensure their future and protect their past, StarClan, the Dark Forest, and all five Clans must band together to turn back the tide of darkness—before the impostor’s fury destroys them all.

Packed with action and intrigue, this sixth Warriors series unfolds after the events of A Vision of Shadows.

Erin Hunter is inspired by a love of cats and a fascination with the ferocity of the natural world. In addition to having great respect for nature in all its forms, Erin enjoys creating rich mythical explanations for animal behavior. She is also the author of the Seekers, Survivors, Bravelands, and Bamboo Kingdom series.