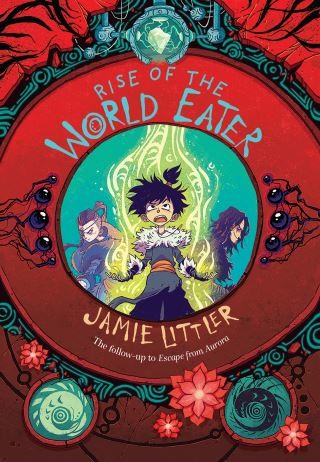 Rise of the World Eater

Nevermoor meets How to Train Your Dragon in the thrilling conclusion to the Frostheart trilogy!

After escaping the towering city of Aurora and fighting for the safety of Solstice--the secret sanctuary of misunderstood Song Weavers--Ash has the battle of a lifetime ahead of him. A battle for his freedom. For the freedom of Song Weavers in every Stronghold. And even for the leviathans, the giant beasts that lurk under the snow, but who may be just as poorly understood as the Song Weavers who can communicate with them.

But a battle is the last thing Ash wants ever since he's come face to face with the person he has been tirelessly searching for: his mother. And yet the two of them are up against a common enemy, the largest, most ferocious ancient leviathan called the Devourer, known by local legend as the World Eater for the way it consumes anything and everything in its path.

In a fight that will take the pathfinders, yeti, Song Weavers, and even leviathans working together, how can Ash get them all on the same side when he and his mother can't even agree on how to defeat this beast? If Ash and his ragtag crew of friends aboard the Frostheart can't stop the Devourer, Ash's family reunion will be short-lived.

Jamie Littler: Jamie Littler is an author-illustrator whose illustration work includes the bestselling Hamish and the Worldstoppers and Wilf the Mighty Worrier, which was shortlisted for the Laugh Out Loud Book Awards. His interests are pretty varied, though he does have a soft spot for wild animals and things that go bump in the night. Voyage of the Frostheart was Jamie's first foray into writing fiction, followed by Escape from Aurora.