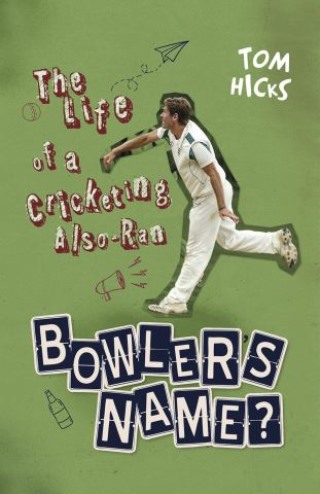 The Life of a Cricketing Also-Ran

Bowler's Name is a tale of a life in cricket's margins. Tom Hicks is no household name, but he often rubbed shoulders with cricketing royalty, going from the village green to walking out as captain at Lord's. As an ambitious youngster, Hicks dreamed of reaching the top. But trying to make it big and balance the demands of university, family, a full-time job and a penchant for post-match fun was no easy feat. Settling for an unglamorous life as a minor county player, cricket took him to all corners of the country, and then across the globe, getting an insight into the nether regions of a cricketing world that was rapidly vanishing. Through the eyes of a cricket nut, Bowler's Name takes us on a journey of success, failure, hilarity and often sheer madness. If you've ever wondered what it's like to face 90mph bowling, to have lunch with Mike Gatting or to infiltrate an England post-match party, Hicks is your man. Bowler's Name is for fans of cricket idiosyncrasies, lovers of the underdog and anyone who has tried and failed.

Tom Hicks: Tom Hicks won four Blues and was the last man to captain Oxford University at Lord's in a first-class match. He went on to captain Dorset CCC for seven years in an 18-year Minor County career during which he won two championship medals. A tall, classical off-spinner, he was captain of Farnham CC and Surrey, and toured Croatia, Denmark and Sweden with the MCC as well as captaining them at Lord's. This is his first book.