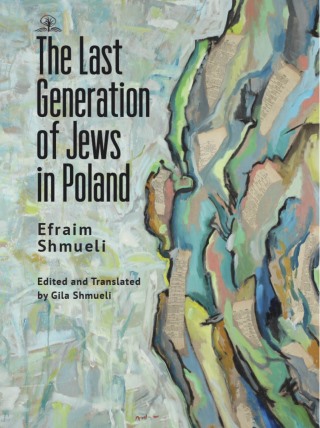 The Last Generation of Jews in Poland

The book, based on memories of a native son and the research of a scholar, is an amalgam of descriptions and discussions, peppered with conversations, personal observations and an acute observer’s reflections, focused on the fabric of life in the city of Lodz and its vicinity. The author describes the “court” of the Hasidic Rabbis of Aleksander, with which his family was affiliated, the rival camps of Hasidim and Zionists, industrialists and laborers, struggles with the Polish authorities, and more. Detailed chapters are dedicated to a description of studies at a modern Jewish-Zionist high school (Gymnasium) – its exhilarating goals, directors and teachers, to the Lodz poet Yitzhak Katzenelson before and during the Holocaust, and to life in a small Polish shtetl.

The concluding chapter “Return to Poland” examines the cities and towns described earlier in the book, as well as Breslau-Wroclaw, where the author had completed his rabbinic and university studies in 1933, as they appeared to him during his visit in 1982, nearly fifty years after his departure from Europe for Israel.

The author's aim was to produce a portrait, sympathetic, intimate, but also knowledgeable and critical, of a generation that did not have the time to take stock of itself before its obliteration. He has thus rendered palpable the experiences and quandaries of many of his contemporaries.

Efraim Shmueli: Professor Efraim Shmueli (1908-1988), an Israeli philosopher and historian, lectured and taught for over 50 years in Israel and the U.S. Wrote on the Renaissance, on faith and heresy, topics in philosophy, history, sociology and literature. His interpretation of Jewish history and thought Seven Jewish Cultures appeared in English (Cambridge University Press, 1990).