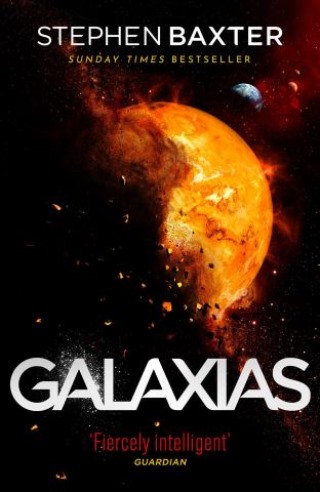 What would happen to the world if the sun went out?

New epic sci-fi from Stephen Baxter, the award-winning author whose credits include co-authorship of the Long Earth series with Terry Pratchett.

By the middle of the 21st century, humanity has managed to overcome a series of catastrophic events and maintain some sense of stability. Space exploration has begun again. Science has led the way.

But then one day, the sun goes out. Solar panels are useless, and the world begins to freeze

Earth begins to fall out of its orbit.

The end is nigh.

Stephen Baxter is the pre-eminent SF writer of his generation. With Terry Pratchett he has co-authored the Long Earth novels. Published around the world he has also won major awards in the UK, US, Germany, and Japan. Born in 1957 he has degrees from Cambridge and Southampton. He lives in Northumberland with his wife.