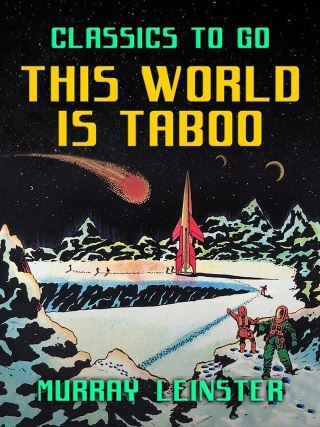 This World Is Taboo

In this story, the planet Weald 3 has vast stores of grain. The planet Dara is in a perpetual famine. The problem is with Dara's history—decades prior they had a planet-wide plague that passed along blue patches on skin on those people who contracted the virus, and thereby passed the anomaly to their decedents. To make matters more interesting, Weald 3 has an irrational and over-riding fear of contracting the virus from Dara. And now enter Doctor Calhoun and Mergatroyd to solve the problem. The following passages made my skin crawl with eerie parallels to today’s world: “They had a plague on Dara, once. They're accused of still having it ready for export." The virus “only took hold of people in terribly bad physical condition . . .” “. . . if they do not cooperate in medical inspection . . . I can put your planet under quarantine and your space commerce will be cut off like that!” “When the blue plague appeared on the planet of Dara, fear struck nearby worlds. The fear led to a hate that threatened the lives of millions and endangered the Galactic peace.” (Goodreads)